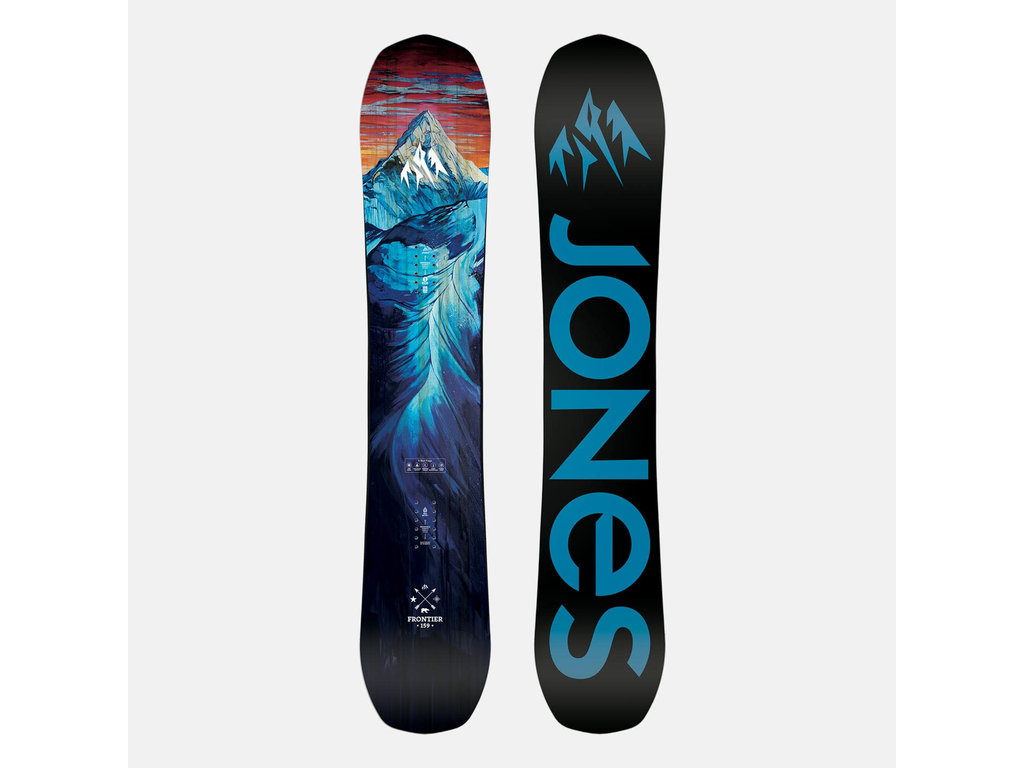 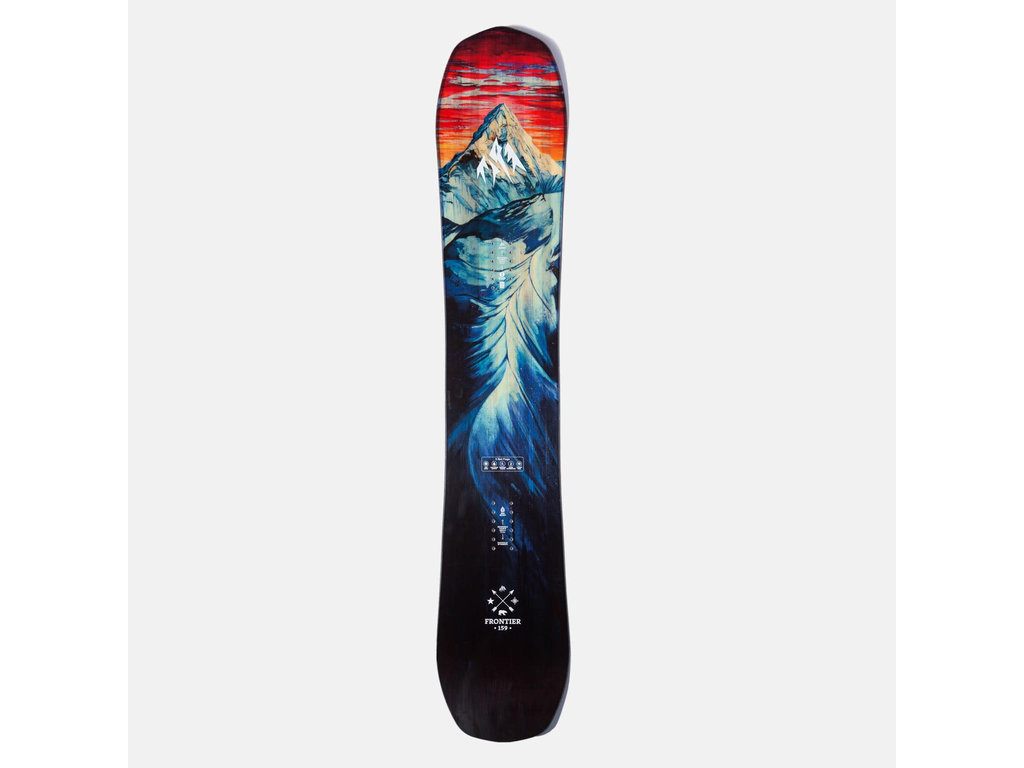 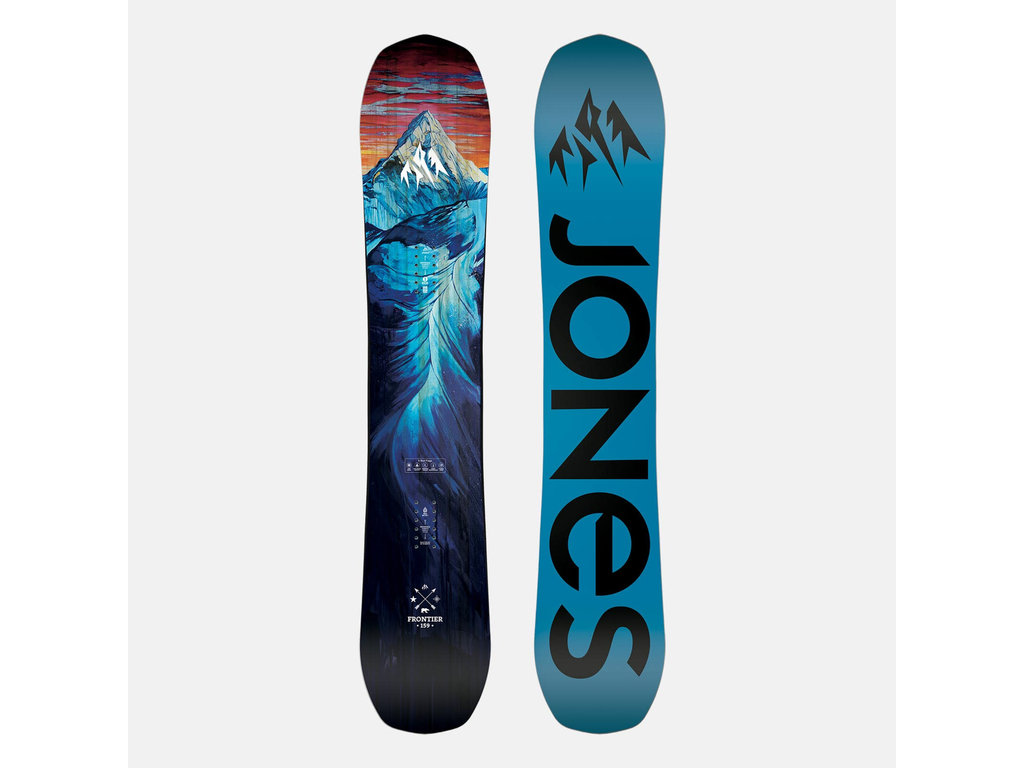 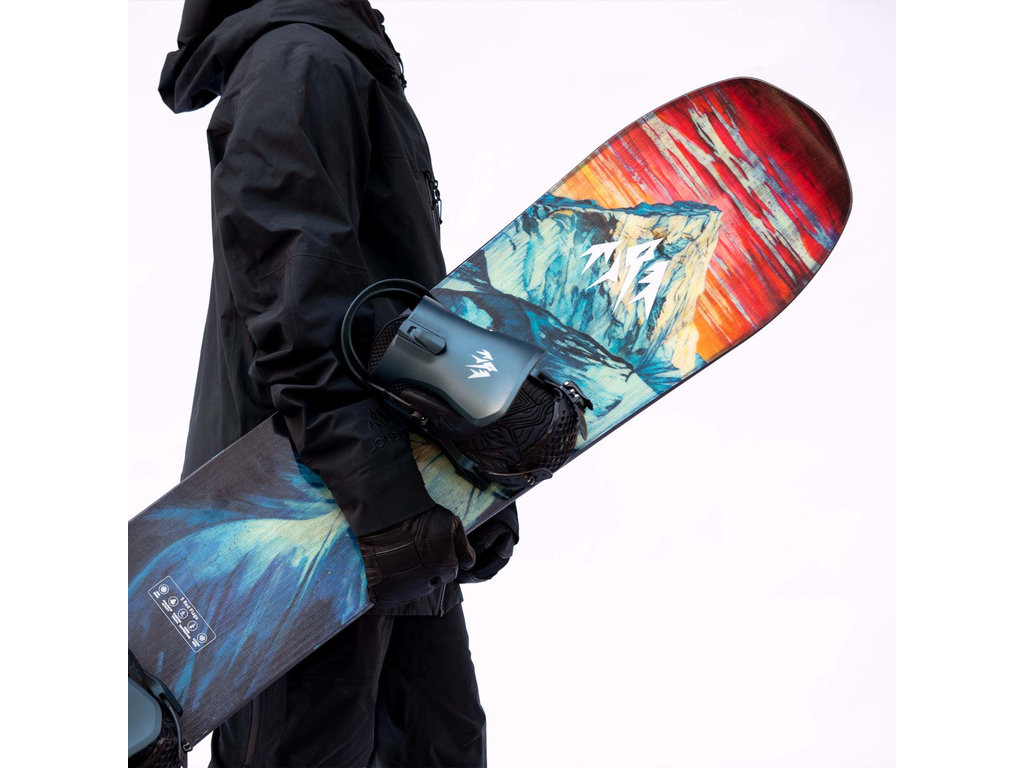 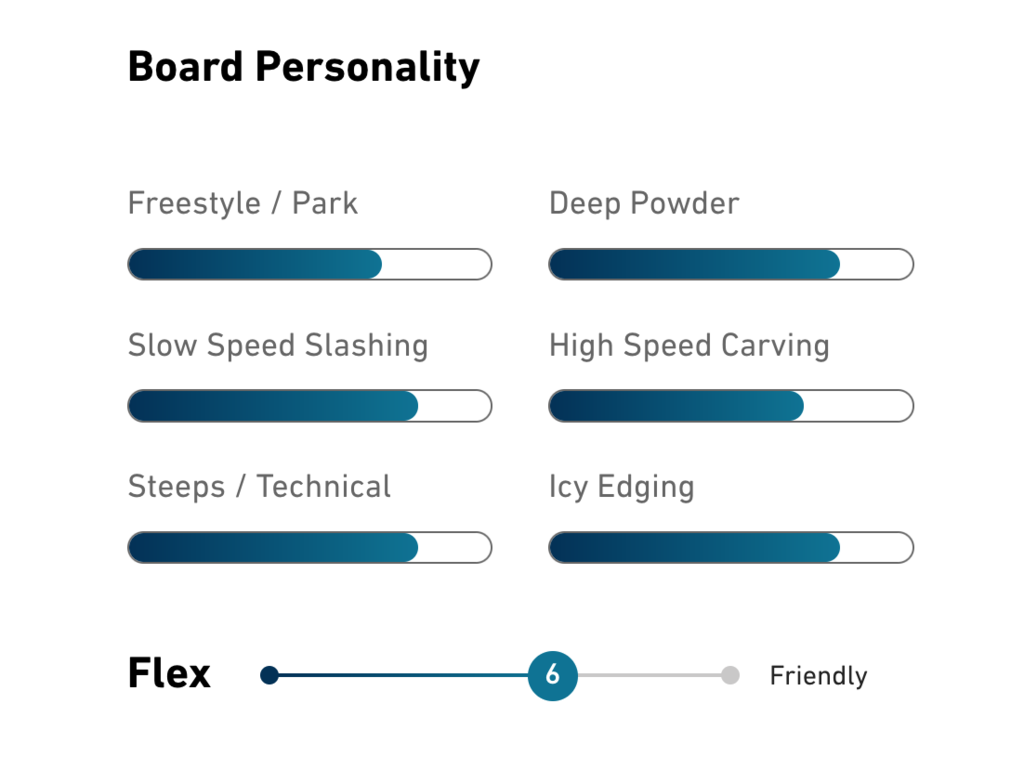 The Frontier is a directional freeride board designed to be the perfect daily driver for the playful all-mountain shredder.

Featuring a floaty, freeride nose matched with a freestyle tail, the Frontier is ideal for pow days, park days and every day in between. The Frontier's Directional shape, Directional Rocker profile and Traction Tech 2.0 edges provide confident stability riding through tech terrain or rough snow while the spooned nose+tail edges on the 3D Contour Base 1.0 reduce edge catch and make it easy to turn in tight terrain. The Frontier offers high performance without skimping on materials as it's built with a Sintered 8000 base, an Eco-plastic topsheet and a Classic Core that is specially profiled between the feet for added pop.

Note: This is a great alternative for the taller ladies out there, where the Dream Catcher is not long enough. Same board, same specs, just longer and slightly wider for those big balancing feet!

A hybrid rocker/camber flex pattern defined by more tip rocker then tail rocker and camber between the bindings. The rockered tip floats the board’s nose and improves maneuverability while the camber underfoot provides edge hold and response. A slightly rockered tail maintains the power and stability of a traditional board but helps keep the tail catch-free initiating turns and landing switch.

"My experience is that most falls in freeriding start from the nose of the board – you either go over the bars in powder, the nose gets caught under a weird crust and tosses you, or you hit a hard tranny at the contact point of the tip and get bucked. Directional Rocker eliminates most of these falls." - Jeremy Jones

3D Contour Bases are designed to make every run smoother and every turn more effortless by reducing the drag of the board tips. 3D Contour Bases enhance glide and improve float helping you ride faster and with better flow.

Like a serrated knife slicing into the snow, Traction Tech improves your edge grip by adding multiple contact points along the running length of your board.

Traction Tech is a critical feature for rockered boards. Rocker improves glide in mixed conditions, but the decreased edge contact makes it harder to really lock into your turns and hold a solid edge. Traction Tech is crucial to offset the edge drift of rocker. - Jeremy Jones

How a board glides in powder, crust, corn or any snow more than an inch deep, is dictated by it’s front contact point and just past it. Next time you are in soft snow watch how much snow comes over the corner of the nose near the contact point. The billowing snow coming out from behind the tip means you are plowing through it which is obviously slowing you down. By adding a blunt nose you get the float benefits of a much longer nose without the ‘snow plow’ rounded tip and it’s extra swing weight. - Jeremy Jones

Off set tip-to-tail flex pattern that is designed for directional freeride boards. The nose, center of board and tail are slightly different stiffnesses to help lift the nose, sink the tail and improve stability at speed.

Jones exclusive wood core profiling that offers a stable and playful board feel. The wood core is softer between the feet for easy turn initiation and stiffer in the nose and tail for stability riding through uneven terrain and landing airs.